skip to main | skip to sidebar

Starting Our 5th Decade of Walking to End Hunger 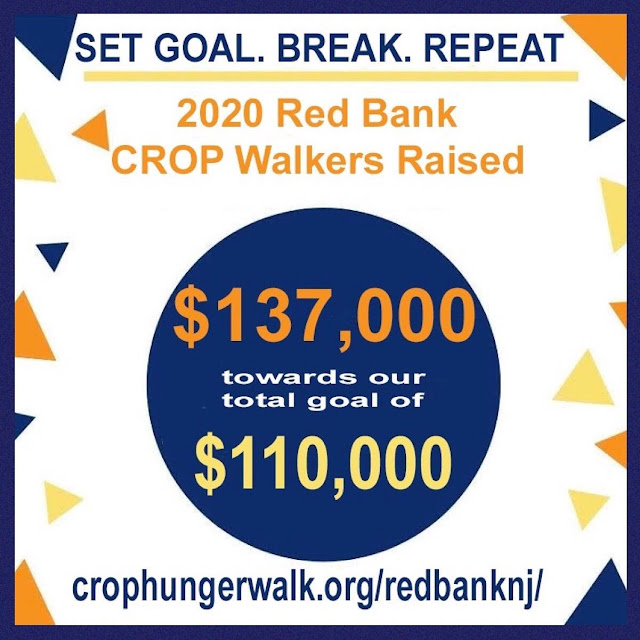 Red Bank CROP Walk
PO Box 8022 , Red Bank, New Jersey 07701, United States
Red Bank CROP Walk is the most active and successful CROP Hunger Walk in the NJ/NY region. It had its start in 1981 and has grown to include many communities throughout Monmouth County. Red Bank is the 6th largest (of over 800) CROP Hunger Walks in the country. Together we take a stand against hunger in our world by raising funds to support 15 local partner programs and national/global programs through Church World Service. Contact: redbankcropwalk@gmail.com Janie Schildge - Walk Coordinator We have an adult coordinating committee and a teen leaders committee with student representatives from area high schools. Both committees work to increase awareness and increase participation in our hunger walk. We welcome you to join our circle of caring. Volunteers, sponsors, walkers, donors...all are welcome to walk with us to end hunger.

Search Archive of Past Posts